Would the Mets have even started him last night if they were going to trade him? I think not. Anyway, now it’s official…Thor isn’t going anywhere in 2019.

Pretty surprising move. But hey, if Brodie Van Wagenan thinks we still have a chance this season and he’s not giving up too much of our future to try, then I’m all for it.

And with Wilson Ramos behind the plate too…very impressive.

Yet another extra-inning loss. ‘Heartbreaking’ is too kind to describe losing this series.

Should we take the Mets winning 4 in a row seriously or is just a ‘blip’ in another God-awful season? To me, the best move was Mickey Callaway finally dropping Robinson Cano down in the order, so far that’s paying off for everybody.

Even during a miserable season, you can count on Pete Alonso and Jeff McNeil to put a smile on your face.
RELATED: Pete Alonso’s Endless Enthusiasm Leads to Home Run Derby Win 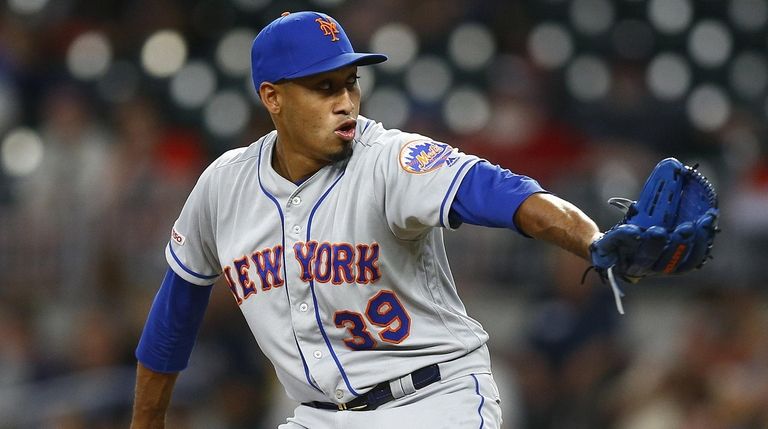 Mickey Callaway has little choice but to consider removing Diaz from the closer role. Diaz now carries a 5.67 ERA, a far cry from the 1.96 ERA he put together last year en route to 57 saves for the Mariners. The situation is further pressurized by the prospects whom the Mets surrendered for Diaz, who continue to climb up prospects boards as they near their new futures in Seattle. Robinson Cano, either the tax in the deal or Diaz’s sidekick, depending on your perspective, hasn’t helped matters either. Hampered by injuries, Cano has produced just a .244/.292/.368 batting line while drawing boos from the New York crowd.

The devolution of Cano isn’t all that stunning – though Brodie Van Wagenen clearly did not see this coming – but few expected Diaz to stumble into the All-Star break such as he has. How bad Diaz has been is a matter of debate, as he’s been worth -0.4 wins above replacement by measure of rWAR, whereas Fangraphs takes a brighter view, putting his worth on the year at a positive 0.4 fWAR. Neither are what the Mets hoped for, but by Fangraphs measure there is some hope that Diaz hasn’t lost what made him so special last season.

No one expected this, especially with a reliever who had so much success in the AL coming over to the DH-less NL. So what now? Make Seth Lugo the closer?

Noah Syndergaard returned from the injured list wanting Tomas Nido as his personal catcher and was granted his wish by Mets officials in recent days.

That has left Syndergaard and Jacob deGrom as members of the starting rotation with Nido as their personal catcher, placing Wilson Ramos — signed in the offseason to a two-year contract worth $19 million — in a job share.

Before the Mets faced the Yankees at Citi Field on Tuesday, manager Mickey Callaway explained to The Post the decision to pair Nido with Syndergaard.

“With what we’re trying to do with Syndergaard, keeping the ball down, [Nido] is a good complementary catcher for him,” Callaway said. “He receives the ball down better, so it’s something we have to continue to do.”

Blocking balls in the dirt has been a challenge for the 31-year-old Ramos, whose nine passed balls entering play were most in the National League. Mets pitchers had also been charged for 17 wild pitches with Ramos behind the plate.

RELATED: Mets honored with keys to the city 50 years after their 1969 ‘miracle’ season