Amed Rosario has five errors in his past five games, but the Mets shortstop shouldn’t expect a day off anytime soon.

“We don’t have another shortstop, so he’s not getting a day,” manager Mickey Callaway said after the Mets fell to the Cardinals 6-4 Sunday at Busch Stadium. “No, he’s fine.”

Rosario’s first of two fielding errors Sunday was the more costly. It came on a weak ground ball from Cardinals pitcher Dakota Hudson in the bottom of the second as Rosario couldn’t field it cleanly, loading the bases with one out in a 1-1 game. Two batters later, Paul Goldschmidt cracked a two-run single and the Cardinals led the rest of the way.

I assume that this is why we picked up Jed Lowrie in the off-season, but he’s still on the DL. I’m also of the feeling that Rosario’s errors contributed heavily to Steven Matz’s horrible last start where the Phillies scored 10 runs in the first. If Rosario’s fielding woes continue, the Mets will really be in trouble. 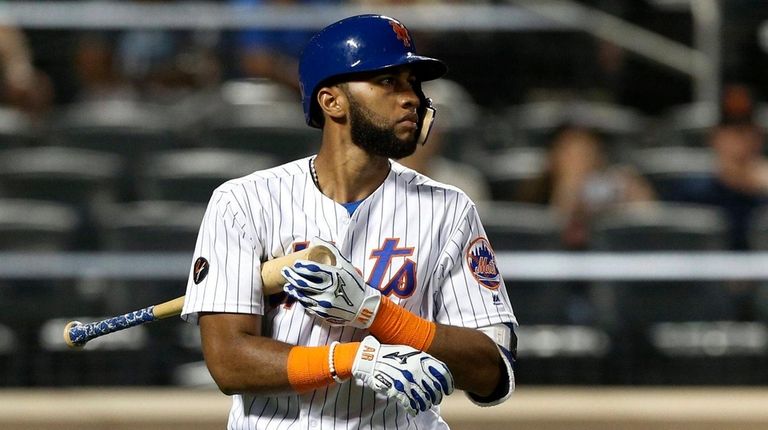 This idea that the Mets rookie shortstop should learn to play center-field for 2019, much less bat leadoff with a current OBP of .274 is just ridiculous. This off-season, Rosarion should just be assigned to work on his defense and get a better appreciation of the strike zone. The kid has a load of talent, it just needs to be fine-tuned. Adding to his struggles or messing with his head to learn a new position and/or fulfill the needs of a high-pressure spot such as batting leadoff is just, at this time, unnecessary and asking for trouble. Leave the kid alone.

I know. I know. It’s way too soon to tell if Rosario’s a bust or not. But all the hype surrounding this guy last year and so far, other than an outstanding arm, nothing about this guy has impressed me. I mean, the guy can’t run, he swings at way too many balls out of the strike zone, his current OBP at .273 is beyond atrocious and even defensively at times he has too many lapses. No one was expecting the next Jeter over here, but nor were we seeking the next Rafael Santana either. If this keeps up by the All-Star break and the Mets are still hovering around .500, maybe they consider moving Asdrubal Cabrera to SS and calling up Gavin Cecchini and letting him play 2nd, if he’s healthy of course.