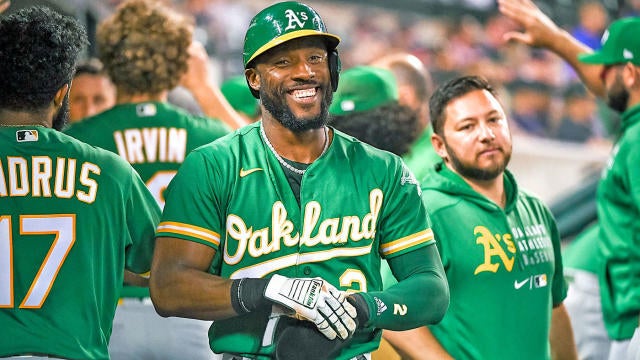 Getting spurned by Steven Matz didn’t deter the New York Mets from diving back into the free agent pool face-first. The Mets pulled off a Black Friday heist, picking up Mark Canha, Eduardo Escobar and Starling Marte on Friday.

Marte is the biggest prize of that trio. The 33-year-old agreed to a four-year, $78 million deal with the team, according to Ken Rosenthal of The Athletic.

This move definitely strengthens the outfield. But the biggest concern for the new GM should be the starting pitching staff. BTW, we’re still lacking a manager too.

Word has it that the Mets owner Steve Cohen has given Eppier the green light to spend a huge chunk of money on a free agent market that includes Javier Baez and Marcus Stroman. Here’s hoping that Eppier first does the right thing and makes Buck Showalter the new manager.