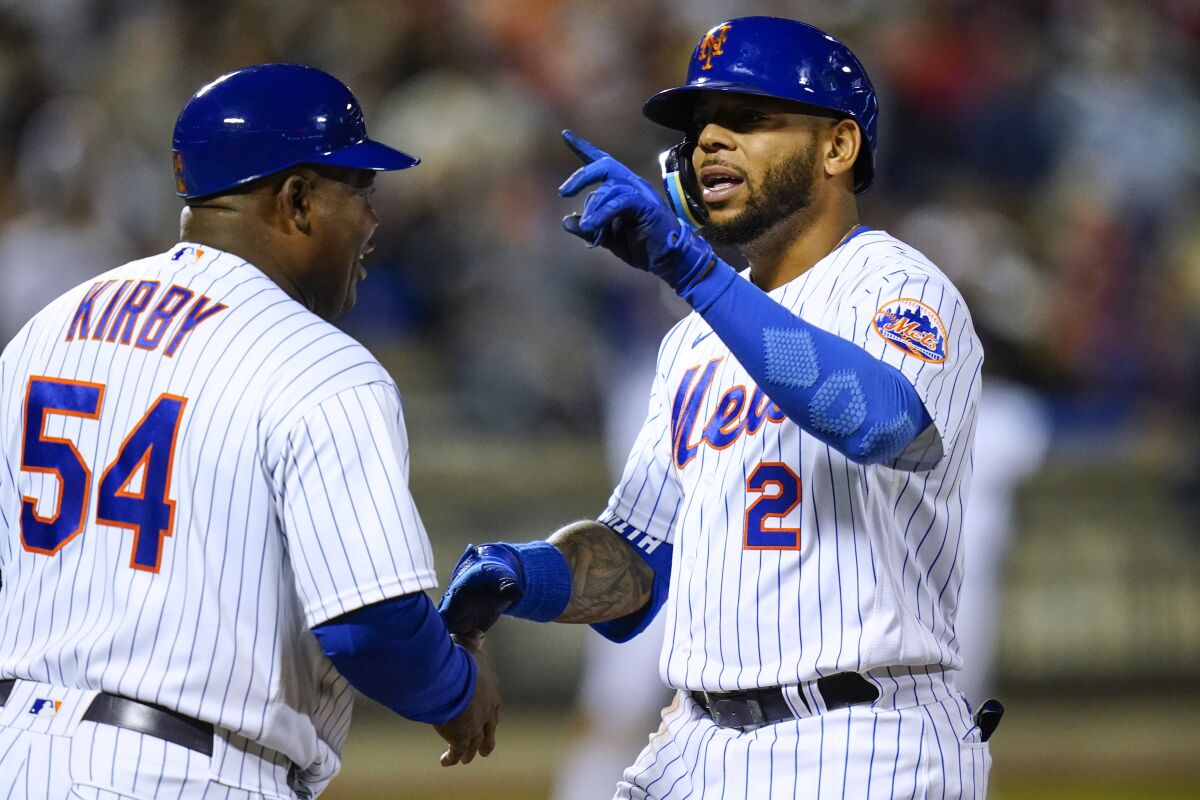 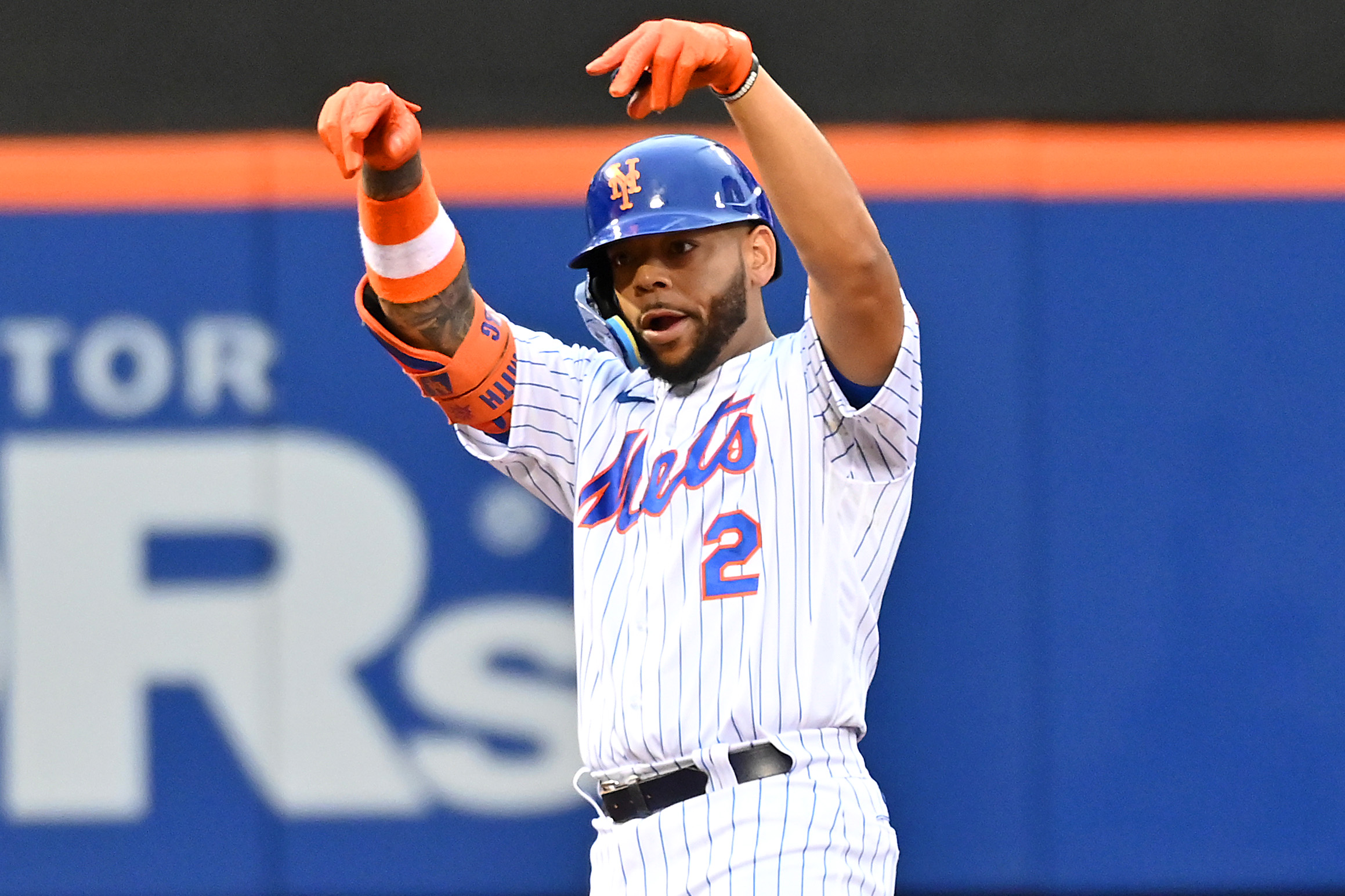 Dom Smith is headed to Syracuse. The Mets optioned their unhappy first baseman/outfielder to the Triple-A Mets on Tuesday. The team called up pitcher Adonis Medina in a corresponding move.

Smith has been vocal in recent weeks about wanting to play more.

I don’t care about Dom not getting to play every day. Buck gave him plenty of opportunities to do well and he didn’t take advantage of it. 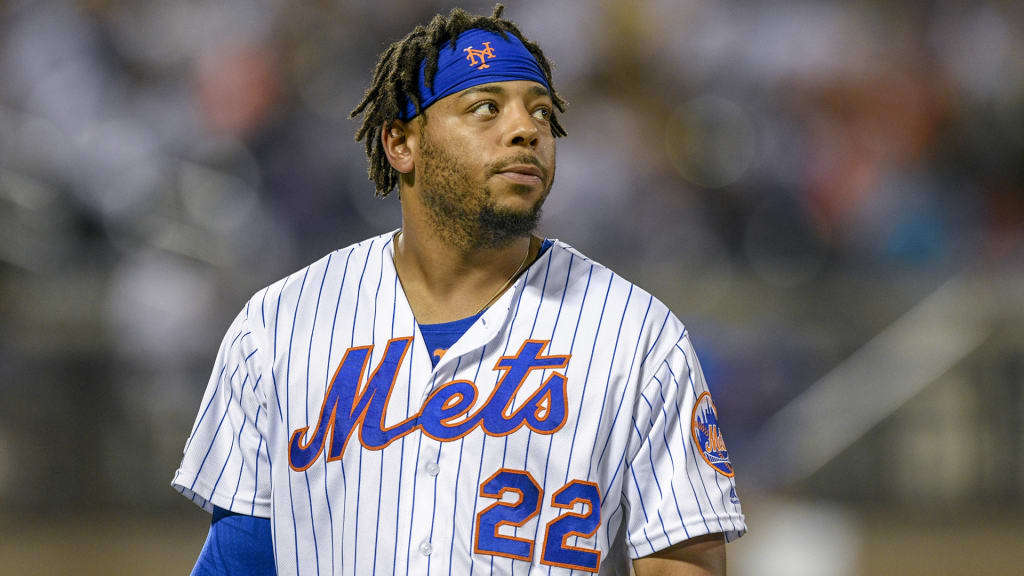 Starved for pitching with Jacob deGrom set to begin the season on the injured list and Max Scherzer potentially sidelined for Opening Day, the Mets have discussed a trade that could bring Padres starter Chris Paddack to New York, along with veteran first baseman Eric Hosmer. Sources confirmed the talks, though it remains unclear where the Mets’ interest level lies.

One version of the proposed trade, as first reported by The Athletic, would have Paddack, Hosmer, reliever Emilio Pagán and cash going to the Mets for Dominic Smith. Such a deal would provide the Mets with a much-needed starting pitcher, albeit one who produced a 5.07 ERA last season. The Mets would also take on the veteran Hosmer but receive money to offset part of the $60 million he’s owed over the next four seasons.

I understand how bad the Mets suddenly need pitching with deGrom going down and Scherzer now having hamstring issues, but the Mets can not make this deal. Dom Smith still the potential to be a huge star in the major leagues and in Hosmer, Paddack and Pagan you’d be receiving 3 players all coming off subpar seasons. Better to give McGill, Carrasco and Walker a couple of months to see what they can do before pressing the panic button like this so early on. By the way, do the Mets not know that vets like Johnny Cueto and Julio Teheran are still out there on the open market?

If he stays healthy, I truly feel like Dom’s going to have a big year. 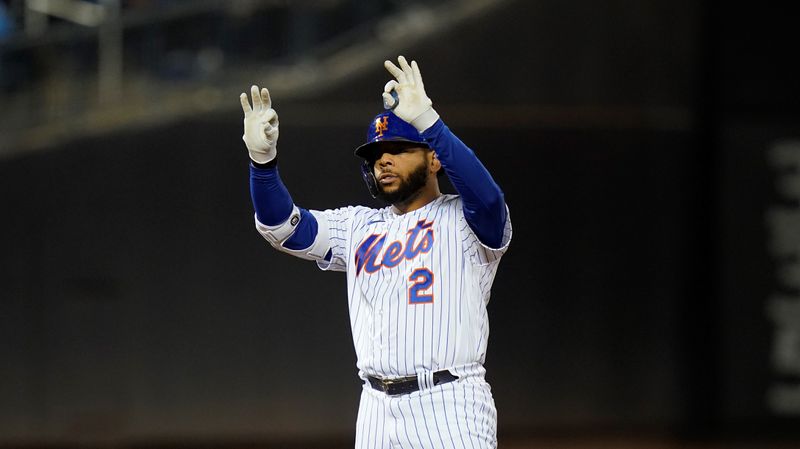 Smith deflated while serving as the team’s primary left fielder and getting into 145 games. He hit .244 with a woeful .363 slugging percentage and went from being better than league average to 14% worse. He also made nearly 300 more plate appearances than he ever had in a season, leaving much more opportunities to get exposed.

“Whatever happened this year is not going to define me as a player, as a person,” Smith told the Daily News in September, a month he started with a 4-for-19 stretch that included eight strikeouts. “I know I still have a lot of years in this game. I have a lot of years to improve and get better. I’m obviously going to take that challenge like I’ve taken every challenge and just work. That’s all you can do. There’s a lot of things I want to work on. I don’t worry about my future. I just take it day by day. I live in the present.”

Smith was having a so-so 2021 until he got benched by Luis Rojas in September. That said, the Mets need to trade him. Other than being a full-time DH, he has no position here. Trade him for a starting pitcher and call it a day. 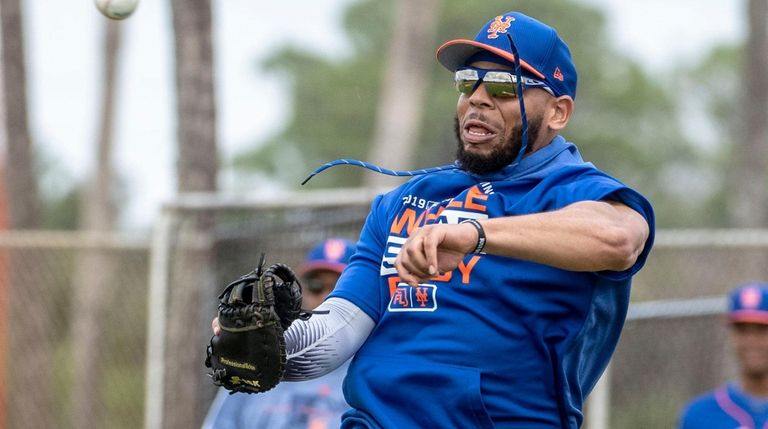 Dominic Smith could tell you he is in the best shape of his life, as so many other ballplayers do at this time of year, and it probably would be true. But he knows that doesn’t mean anything unless he performs when it matters.

Before he got his body right during the offseason, the Mets helped Smith do the same with his mind. Last season was the worst of his career, and at the end of it, he wasn’t sure where he stood with the organization. The new Mets regime, led by general manager Brodie Van Wagenen, settled that by telling Smith the team still believes in him.

“That’s all I needed to hear,” said Smith, who got a visit from executive director of player development Jared Banner and visited hitting coach Chili Davis. “To hear that, especially early in the offseason, it helped me get through this offseason and helped me feel more comfortable, relaxed and have fun on an everyday basis. They don’t have to let you know that, but for them to be open with me was awesome.”

With his concerns assuaged, Smith used the Mets’ vote of confidence as a springboard into an intense offseason and strong spring training, including a .400 average and 1.005 OPS as he competes with Pete Alonso for the first-base job.

All things considered, the Mets would be better off keeping Pete Alonso in the minor league to start the season anyway.