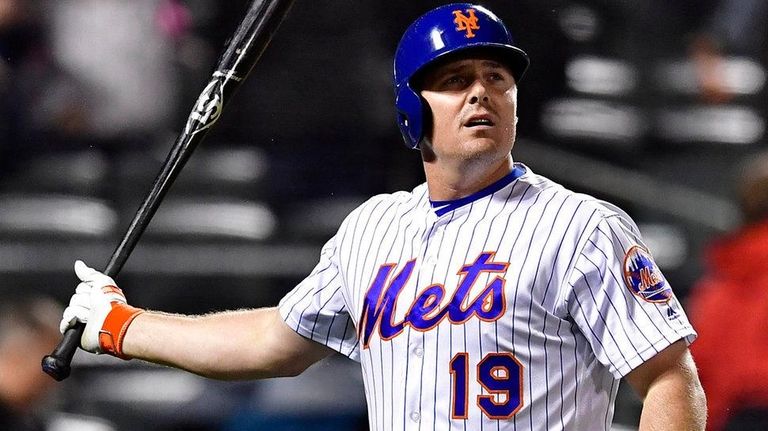 Jay Bruce is back and apparently healthy. Yet, the Mets being the Mets, have to find some way to screw things up and in this case, it’s making a guy whose played the outfield for 99% of his long career, play 1st base:

As the Mets evaluate their options for next season, manager Mickey Callaway said Bruce is a possibility to become the team’s full-time first baseman in 2019 if he can show proficiency at the position over the next five weeks.

Bruce is expected to begin receiving action at first base in the coming days.

This makes no sense on so many levels. For starters, the guy playing 1st base most of the time now, Wilmer Flores, is doing a pretty good job. Secondly, Bruce just got back from a couple of months on the DL. I know that the season is over, but with all the able footwork required at 1st base combined with Bruce’s recent history of foot injuries, is playing him at first for the rest of the season really a good idea?

Then too, the Mets have Peter Alonso waiting in the wings to be there future 1st baseman–some are saying that Alonso’s 32 minor league homeruns this year warrant a call-up to the big leagues now. Lastly, not only does Bruce not seem too excited about playing 1st, but the idea that Brandon Nimmo or Juan Lagares are ready to be full-time starters in the outfield just doesn’t seem fitting considering the former’s streakiness at the plate and the latter being so injury prone. But of course, as we’ve learned over the years, leaving well enough alone just isn’t in the Mets modus operandi.