Cespedes arrived in camp well before Saturday’s official reporting date for position players, but team media relations officials indicated he would not speak to reporters for the first time since spring training 2019 until this week. But Cespedes issued only a brief message Monday when approached by a group of reporters who asked if he had a few minutes to talk.

“Not today, not tomorrow, not at all year this year,” Cespedes said.

“Because I don’t want to,” Cespedes said.

Cespedes, who is recovering from multiple right ankle fractures sustained after encountering a wild boar on his ranch last May, was asked if he could say how he was feeling. He declined.

Hey, if Cespedes is healthy and has a big year with the bat I could care less he stays mute for the whole year. 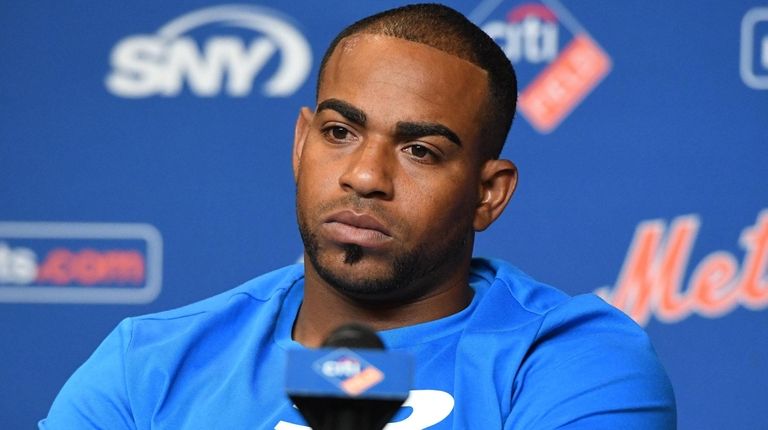 As far as the Mets are concerned, the idea of seeing Yoenis Cespedes in their lineup this season should be listed under the category of a pleasant surprise. And while that had been the team’s prevailing attitude when Cespedes needed surgery on both heels to remove bone spurs, the status of the slugger’s lengthy rehab hasn’t done much to alter that opinion.

“If he gives us anything this year, that is great,” special advisor Omar Minaya said Wednesday during an interview with MLB Network Radio. “We’re happy for that.”

The Mets have resisted providing any timetable for Cespedes’ return, and with their spotty track record for such projections, it’s probably a wise strategy in this case. At the very least, the Mets should be able to recoup a sizable portion of Cespedes’ $29-million salary this season through insurance, as he has been on the disabled list since July 24 of last year.

Wow. Wasn’t the point of Cespedes ending his 2018 season early and getting surgery on both his heels so he could come back at the beginning of 2019? And now this news? Well, I’m sorry but there’s just no way you go into the new season with a starting outfield consisting of Nimmo, Conforto and an injury-prone Juan Lagares. And word has it that a very-injury-prone-of-late AJ Pollock is asking for way too much $$$ long-term. So how about spending a lot less on Nick Markakis, who btw is way more reliable than Pollock and is coming off an All-Star season? 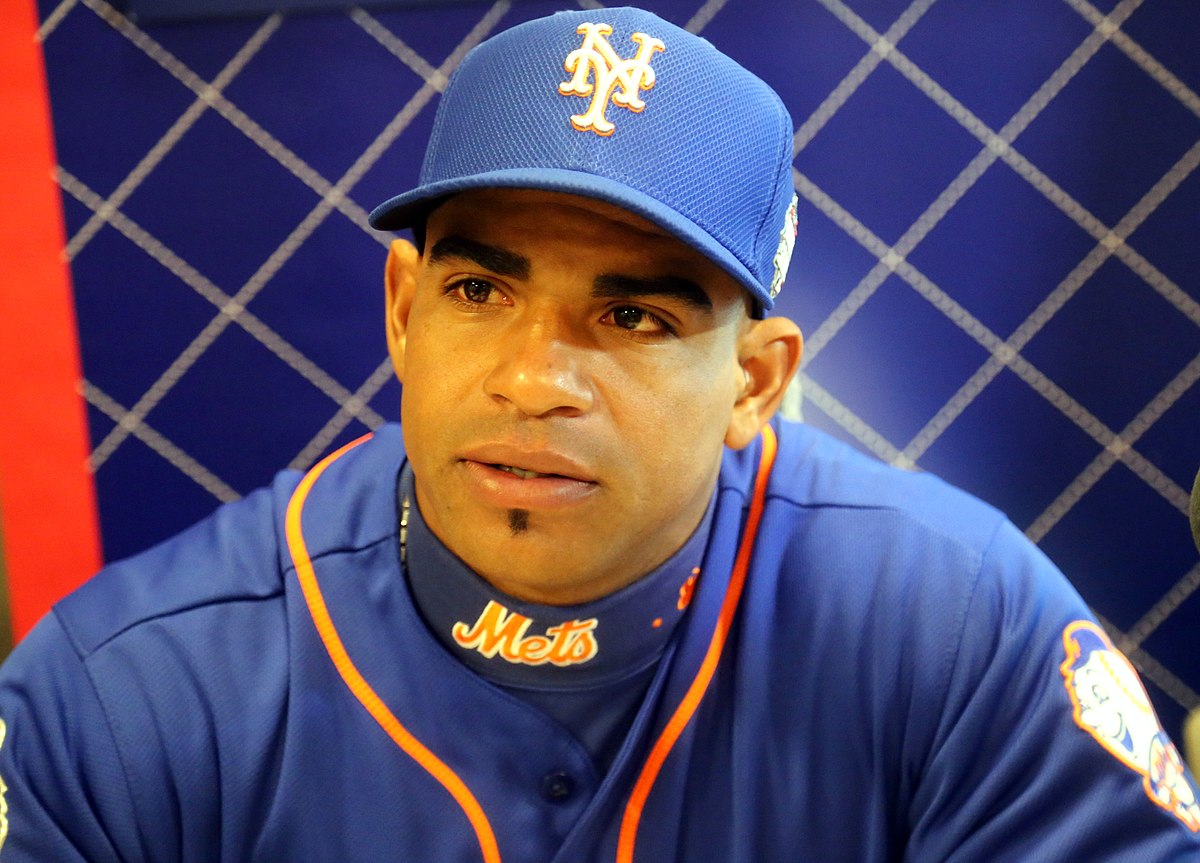 An offseason focused on flexibility and injury prevention did not allow Yoenis Cespedes to avoid the disabled list. Following days of consideration, the Mets opted Wednesday to place Cespedes on the 10-day DL with a strained right hip flexor, retroactive to Monday. Cespedes will be eligible to return May 24.

Injuring his hip in a May 6 game, Cespedes initially played through the injury, going 5-for-15 with two walks and a home run in five games. On Tuesday, he underwent an MRI, which revealed the strain, but the Mets still did not place him on the DL at that time. Only after playing shorthanded in their 12-2 win over the Blue Jays did the team decide to make a move, calling up utilityman Phillip Evans from Triple-A Las Vegas.

“The information I have is that he can get this resolved with some rest,” Mets manager Mickey Callaway said of Cespedes. “He could have continued to gut it out, continued to play. We were hoping with the off-day and days like that, the progression would be there at some point, maybe this would go away while he was playing. … [We decided to] take a different route and make sure that we are cautious with him and get him back to being the Cespedes he can be soon.”

Honestly, this has gotten ridiculous. It’s the same quad issue that pops up every year with this guy. And the Mets have way too much invested in Cespedes to not take this extra seriously, much less wonder how often it’s going to keep happening. It’s been reported that Cespedes has given up golfing in his spare time during the season and even changed his workout regimen (even taking up yoga) to prevent these quad issues from arising. But clearly, that hasn’t worked. And when your team’s struggling and the same health issue keeps happening to your best player, it’s beyond frustrating to a Mets fan.