The New York Mets will skip struggling left-hander Jason Vargas’ next turn in the rotation on Tuesday.

Manager Mickey Callaway said Friday that Vargas will instead throw a simulated game before the Mets host Toronto. Vargas is 0-3 with a 13.86 ERA since returning from surgery on his right hand.

“You’ve got to look yourself in the mirror and just understand that the job wasn’t getting done,” Vargas said after completing a bullpen session before Friday night’s game at Philadelphia. “You have the opportunity to work on a few things and get some reps in that you wouldn’t normally be able to get in. I understood, totally got it. I need to be able to go out there and help the ball team win and those past three starts haven’t been it.”

I know that he was an All-star just last year and available at an affordable price when he became a free-agent, but I never really understood the need to sign Vargas this past off-season. Robert Gsellman or Seth Lugo could’ve easily been the Mets 5th starter going into the season and I would’ve rather had another quality left-handed reliever to go with Jerry Blevins, than yet another starting pitcher. That said, to say that Vargas has been atrocious this season would be an understatement. So the Mets should be willing to try anything to help him clear his head and work on his mechanics right, including skipping a start.

I wouldn’t go as far as Schein does here, especially when I still think that Harvey deserved another chance to start after what would be his last start against the Braves a few weeks ago. I don’t think that Harvey’s done just yet, the guy has too much talent to be done this soon in his career. It just seems to be more a mental/confidence thing with Harvey and a need to mix his pitches more. Either way, some preferably bad team in the A.L. could use Harvey, most likely the Rangers, which would reunite him with old pitching coach Dan Warthen. And if the Mets could get a decent catcher or left-handed reliever from Texas before they have to release Harvey outright in the next few days from Texas, that could be a win for the Mets and Harvey. 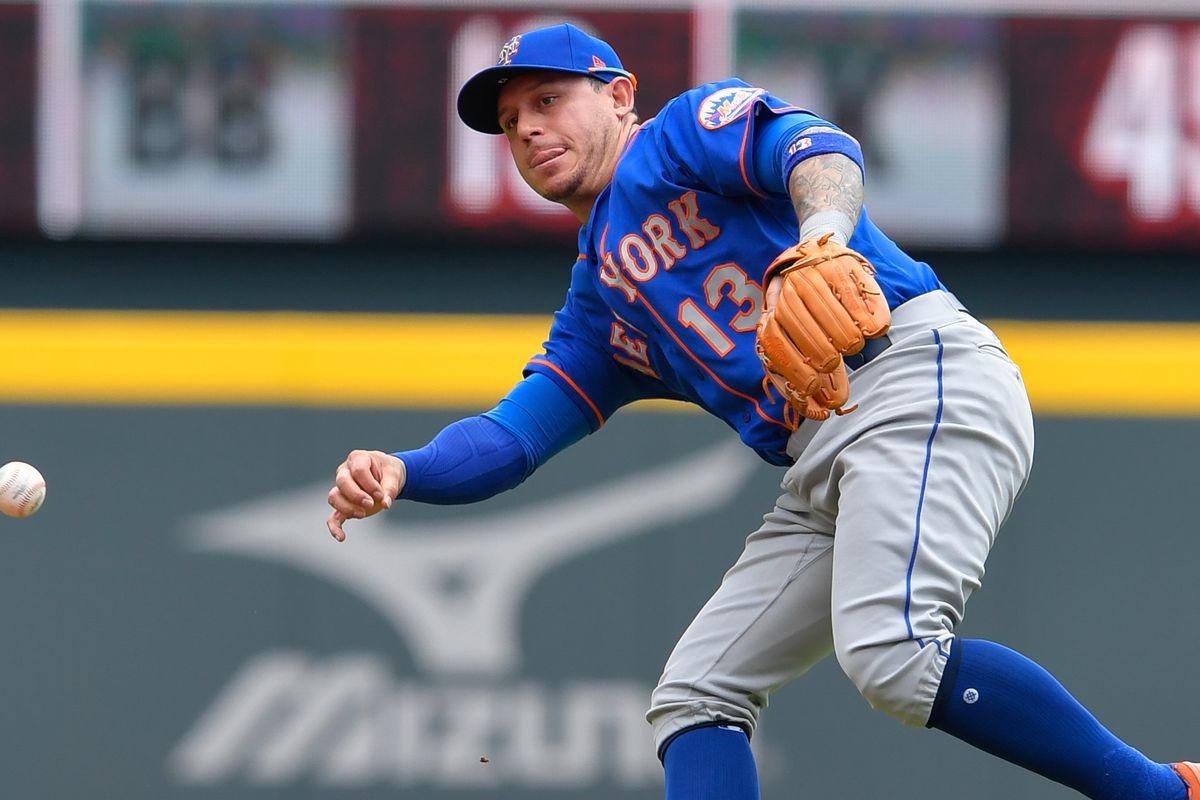 Exercising that $8.5 million option could turn out to be the best move Sandy Alderson made this past offseason. And yes, I know it’s still early, but with just about the entire team, except Cabrera, struggling offensively, for April anyway, the little 2nd baseman has carried the load.

I liked Dave Eiland’s quote the best: “The game starts in the first inning, not the fourth.”

The guy’s a lifetime .290 hitter with 300-plus home runs and just drove in 90 runs during his last full season all the way back in 2016. Sandy Alderson got him on the cheap this off-season and at 35 years old, he should already be plenty motivated to prove that he still has some baseball left in him. Then too, when it comes to defense, his own manager has said that Gonzalez has been ‘amazing’. In other words, 5 games into the season and people need to calm down about the Mets current outfield jam and give Gonzalez a couple of months to prove himself, before begging Callaway to move Jay Bruce to 1st base just so Brandon Nimmo and Juan Lagares can play more.